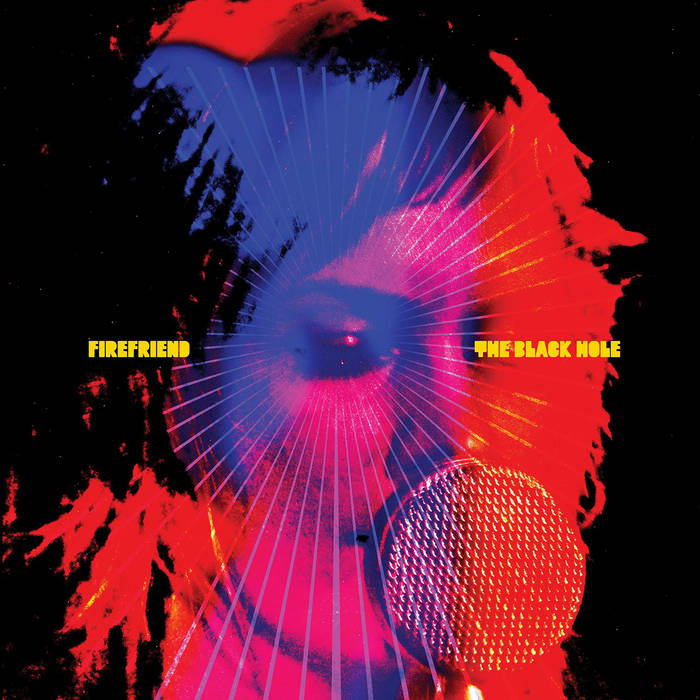 Hellride Music A great random find just browsing BandCamp - a very stoney, heavily rocking mix of Heavy Psych/Shoegaze with some great beats. I got a contact high from 'The Black Hole' video alone. Singer Julia has a Kim Gordon vibe for you Sonic Youth heads out there. Favorite track: The Black Hole.

There was a thread in American music in the late 1960s that someone untangled across the U.S., then stretched over to Europe, where it took root in 80s shoegaze. It ties together bands as disparate as the 13th Floor Elevators, the Velvet Underground, Sonic Youth, Mazzy Star, Blonde Redhead, and the Jesus & Mary Chain. It’s noise rock or math punk or psychedelic or shoegaze or doom: It’s the down-tuned sound of chaos and beauty, and while no one was looking, it also worked its way through the Americas and took root in Brazil under the name Firefriend.

The Black Hole (Little Cloud Records, 2017)—a tight three-song EP that clocks in at 21 minutes—is the eighth release from the São Paulo trio. This is music to play in the dark, a sonic soundscape made for dreaming beside the campfire or—as the title track demands—it’s music for turning up and driving through the desert night with, full-tilt and fully immersed. The bass grooves move you along; the drums tell your heart to beat; the guitar-work needles its way into your subconscious and pulls forth demons; and the vocals ease you back to sleep.

Firefriend pulled that thread from the 60s and created something that feels like a bit of everything that thread ever touched. Their sound doesn’t rush to the pop hook or stall itself in the crunchy riffs, it glides above everything else in its own orbit, echoing the best parts of psychedelic, shoegaze, and noise by taking it all into strange new fields of bliss. And with a vinyl release from Portland’s Little Cloud Records, it can be heard as God intended at epic 45 rpm. Do yourself a favor: Turn the music on, the lights off, and let yourself go.

Bandcamp Daily  your guide to the world of Bandcamp

cktrl talks about heartbreak and his new record 'Robyn'